The Education Navigation program at Catholic Charities Fort Worth exists to provide individuals with the opportunity to further their education in order to secure living-wage employment and experience financial security. Services are offered to highly motivated, but unemployed or underemployed individuals who are interested in seeking an associate’s degree or certificate at a partner institution in certain pathways.

The Chapman Building Event Center is about 2500 square feet and seats 100 people comfortably between the main floor and the mezzanine. Reservations are on a first come, first serve basis and are only confirmed with the submission of a deposit.

Making your hunting dreams and adventures come true. Nestled in the beautiful north Texas hill country. Your stay is guaranteed to be one you’ll remember and treasure for years to come.

Chicken Express, After almost a decade of experience under another franchise, the Stuart’s launched the Chicken Expressname in March 1988 in Benbrook, TX and in October 1988 in Mineral Wells, TX–the home base for Chicken Express. Residing in Mineral Wells the Stuart’s expanded the Chicken Express name and product originally by being one of the very first fast food chicken delivery businesses, making their slogan “our chicken can’t fly, so we deliver.” The delivery business was very successful for spreading the word and product, so in 1990 until 1994 all new franchises utilized the dine-in, drive-thru, or “delivery” concept.  Now with the expanded stores the major customer base is drive-thru; dine-in; carhop (at select locations) and especially cateringfor any occasion or tailgating event.

All the “fresh” (not frozen) chicken products are precisely marinated; dipped in a secret batter mix and cooked to perfection. Giving the customer that hot and juicy flavoring, so unique to Chicken Express!

Dine-in or drive-thru a location near you now, you’ll be happy you did!

Pet Care with Compassion. We strive to provide small animal veterinary care with concern for both the pet and the pet’s owner’s needs in mind.

We’re here to provide you with complimentary and confidential services that will help guide you through this very important time. You can lean on us to receive the information and support that you need. If you have questions about pregnancy, abortion procedures, adoption, or parenting, please don’t hesitate to visit Clear Choice PRC.

Here at Clear Choice PRC, we’re not here to judge or tell you what you should decide. We don’t make any money off of anything you choose to do. We’re here to provide you with a FREE lab pregnancy test and accurate information. Our staff will go over all of your options with you if your pregnancy test result is positive. We understand that sometimes you need a place to process everything, to think through all your options, and to feel safe to share what’s on your mind.

All of our services are CONFIDENTIAL and free of charge.

Clear Choice PRC does not perform or refer for abortions.

Community Telephone, Inc. (COMCELL) is bringing to your community one of the most advanced fiber-optic Internet technologies available today. This new advancement provides lightning speeds.
We will be able to provide you with the fastest, most innovative internet and telephone service very soon; with the unbeatable prices in the North Texas market. It’s much more than just speed – it provides new horizons for our customers.

Community Telephone Company, Incorporated is a North Texas telecommunication provider servicing the needs of Windthorst and the surrounding area. Community Telephone, Inc. has developed over 50 years of experience in leasing, sales and installation of telephone and internet systems for individual clients as well as local businesses.

Ask any Texan about DQ®, and they’re sure to tell you their favorite stories about going to DQ®.
Today, there are nearly 600 DQ® restaurants in Texas — more than any other state. Texas DQ® Restaurants serve the food most Texans know as Texas Country Foods®. From Hungr-Busters® and BeltBusters®, to Steak Finger and Chick’n Strip Country Baskets®, to The Dude® and Texas T-Brand Tacos®, Texas Country Foods® makes the food Texans dream about. If it’s time for a delicious meal and you are visiting a DQ® Restaurant in Texas, you can be sure you will enjoy any item on the Texas Country Foods® menu. It’s the reason Texas DQ® just tastes better.
But burgers, baskets and tex-mex are just half the story. Everybody knows DQ® has the best soft serve treats anywhere in the world. Between Blizzard® Flavor Treats, Banana Splits, Cones, Moolatte’s, and frozen treats like Dilly Bars® and DQ® Sandwiches, there’s always a delicious way to cool down and indulge the craving for DQ®. In 2013, Texas DQ® Restaurants also added the legendary Orange Julius® brand and Premium Fruit Smoothies to their menu.
In Texas, from the treats to the eats, DQ® is where we all meet. Day to day. Generation to generation. DQ® the Stop Sign of Texas!
This Texas DQ® Facebook page is a fun, family-friendly community where people can share their passion for DQ® and where DQ® can interact with those who love the world’s favorite cookie! 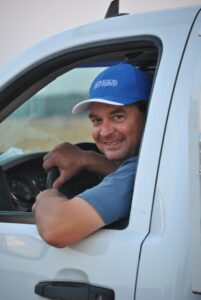 David Spiller is the State Representative for House District 68 (HD 68). If his district were a state, it would be the 42nd largest in the union. The district stretches 300 miles east and west between Cooke and Garza Counties, and 200 miles north and south between Wheeler and Fisher Counties.

David is a Christian and a rural conservative Republican. David works to advance and defend the conservative principles, values and beliefs of the people of HD 68, and to provide experienced, knowledgeable and accessible representation that the citizens of HD 68 deserve.

David was born and raised in Jacksboro. After graduating from Jacksboro High School in 1979, he attended The University of Texas at Austin, where he received his B.B.A. degree in 1983. David then attended St. Mary’s University School of Law, where he received his Juris Doctor degree in 1986. He immediately returned to Jacksboro to live, work and raise a family. David has practiced law for 35 years with the law firm of Spiller & Spiller, now practicing with his two sons, Mason and Reid, and previously practicing with his father, James, and his brother, Scott. David also owns Spiller Title, believed to be the oldest family-owned title insurance company in the State of Texas, started by his great grandfather in 1888. As part of his general law practice, David has served as City Attorney for the City of Jacksboro for 34 years, and as General Counsel to the Jack County Hospital District for 31 years. He is also a Credentialed Advanced mediator, having mediated well over a thousand cases. An AV rated attorney by Martindale-Hubbell and a Fellow of the Texas Bar Foundation, he has been named a Top-Rated Lawyer in Texas and is a Founding Member of the Pro Bono College of the State Bar of Texas.

Founded by Donna Howell-Sickles and husband, John Sickles, in April of 2010, Davis & Blevins Gallery is a unique fine art gallery in Saint Jo, Texas. Located 1.5 hours North of Dallas/Fort Worth, and nestled in the picturesque Red River Valley, Saint Jo is positioned on the historic Chisholm Trail – now better known as Highway 82. The Gallery offers atmosphere, artwork, and exquisite gift items steeped in the rich heritage of the American West.